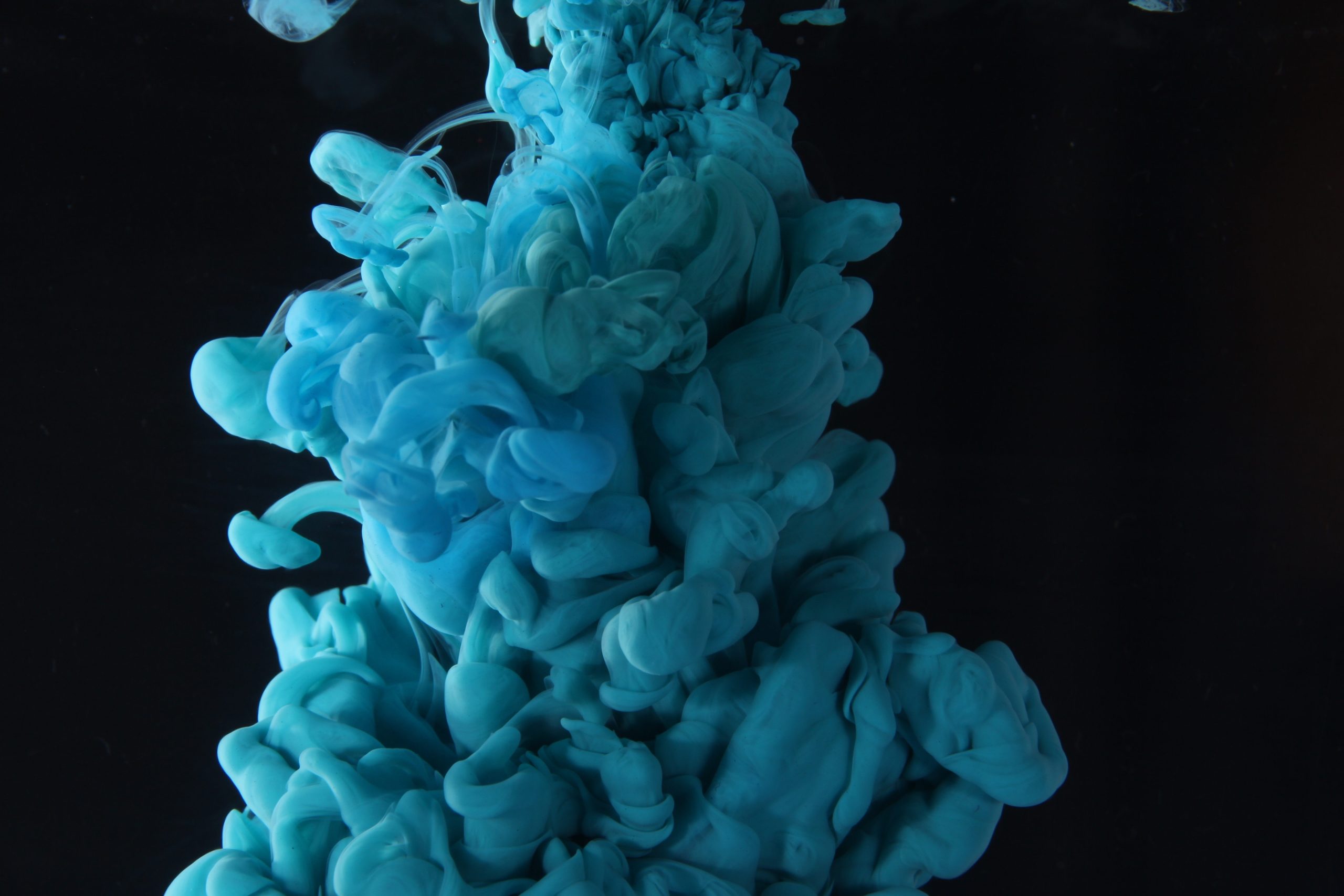 The Loss Of Public Goods To Big Tech

What has not been questioned enough during the COVID-19 crisis is unrelenting capitalism itself.

For decades, the titans of technology have talked about human-centered artificial intelligence and its capacity to inform and improve the future of humanity. If there was ever a moment where the overstated promises of such technologies could be put to the test, it is now.

Much of the COVID-19 crisis response, including the disparate impact of the disease on African Americans and people who have been economically and politically abandoned, shows us the limitations, failures and potential harms of Silicon Valley promises. The consequences have been devastating. The inescapable truth is that the fragility and inequality of our social, political and economic systems have been laid bare.

We cannot automate the tough decisions, the redistributions of power and the everyday behavior it will take to make just societies. We will not compute our way out of these crises to the better future we want.

Tech companies profit off crises of many sorts. When prolonged historical racial injustice sustained by institutionalized racism, police brutality or state-sanctioned violence erupts into popular protests, tech companies and their investors rush in to capitalize. The tech sector stands poised and ready to sell its wares to law enforcement around the globe, just as it lines up to sell AI, robotics, predictive analytics, contact tracing and surveillance technologies in response to the COVID-19 crisis.

“The inescapable truth is that the fragility and inequality of our social, political and economic systems have been laid bare.”

These companies also play a key role in the decimation of shared knowledge and education as a public good. While we seek remedies based on evidence and truth that can shape policies in the collective best interest, Big Tech is implicated in displacing high-quality knowledge institutions — newsrooms, libraries, schools and universities — by destabilizing funding through tax evasion, actively eroding the public goods we need to flourish. The “Silicon Six” — Amazon, Apple, Facebook, Google, Microsoft and Netflix — collectively avoided paying $155.3 billion in taxes between 2010 and 2019. At the same time, more investments are being made in technologies that use faulty information collected on us — from coronavirus tracking apps to monitoring protesters to training AI models, many of which can profoundly harm, discriminate and deny us opportunities.

Calls by Black Lives Matter and others to defund the police must include dismantling and outlawing the technologies of governments and law enforcement that exacerbate the conditions of racial and economic injustice. Investments in anti-democratic technologies come at an incredible cost to the public at a time when deeper investments should be made in public health, education, public media and abolitionist approaches in the tech sector.

As we struggle with multiple crises at this moment, Big Tech has exacerbated the spread of unreliable and false information and conspiracy theories, undermining trust and slowing efforts by public officials to provide greater protections for the public, especially in cities with large populations of working poor people and in communities of color. Twitter, Facebook and others also allow the spread of voter suppression disinformation, health-related conspiracy theories and racial animus through algorithmic amplification of harmful, racist and dehumanizing content in their products and services.

“The world’s largest tech companies have become propagators of deadly information, while they simultaneously profit from it.”

As we get pushed to the internet for information, social media companies, citing the need to keep workers safe, dismiss those who screen for disinformation. As a result, the lack of human arbiters who take down devastating content online allows for greater use of AI and automation and a greater likelihood of damage to the public.

The world’s largest tech companies have become propagators of deadly information, while they simultaneously profit from it. They have long treated the world as their private research lab while off-loading risk onto the public and refusing to be held accountable for their business practices.

Over the past 30 years, Silicon Valley has skimmed the cream from our public systems, while putting the stability and longevity of public goods at stake for the rest of us. Big Tech relies on federal tax subsidies and public grants from federal agencies to fund expensive research and uses entitlements to push low-income communities out of their neighborhoods as they expand their headquarters and geographic footprints.

Big Tech uses our roads, our airports, our post offices — and rather than help prop up the system to work in the interest of all, the industry eschews responsibility and creates housing and employment crises by relying on gig-workers and contractors, effectively reducing the number of workers in the tech workforce eligible for employer-based healthcare. Big Tech fails to hire African Americans in high-paying jobs, and it actively suppresses wages for women and other people of color, especially Black women, who continue to make significantly less than men. It benefits from talent nurtured in public school systems and cherry-picks researchers favorable to its interests, without investing in the public infrastructure that enables those skills to develop. What we get back is an ecosystem of workers who can’t afford to live or pay rent, or experience homelessness, in wealthy tech corridors.

In short, instead of being partners in building the public good, Big Tech continues to profit from its erosion. Rather than contribute to the public coffers so that we can fund the public institutions we so desperately need to support, the titans of Big Tech are trying to come to the rescue through philanthropy and expressions of personal goodwill, making private donations at a tiny fraction of their personal wealth into the charitable and non-governmental organizations of their choosing. But these kinds of private drops into the desperately under-funded public pool, in exchange for eschewing the kind of tax responsibilities that working-people face, further erodes coordination and fair distributions of power and resources.

It isn’t that the resources to solve the current crisis don’t exist — they just exist in offshore accounts and in gross distributions of corporate profits. While officials are shuffling medical equipment from stockpiles around the world to epicenters of disease, millions of Americans are uninsured and unsure about how to survive this pandemic — sick themselves or not — without going bankrupt. And despite the intensity of the current public health crisis, millions of people are willing to put their lives on the line to stand up for racial justice, while those in power give up so little.

The billions of tax dollars that should be paid from the technology sector alone would go a long way toward solving the healthcare and racial wealth gaps in this country. Instead, billionaires are operating independently as the system faces further collapse.

A Reckoning For Restoration And Reparation

Dare I say it’s not acceptable to let the most vulnerable among us pay the price of our collective abandonment of care — like African Americans who are dying at faster rates than white Americans from the pandemic because we are more likely to be impoverished or not have employer-based healthcare or live in under-resourced communities, even as our neighbors across town are embarrassingly over-resourced. It’s unacceptable to not pool our collective wealth and instead leave everyone to their own devices when both COVID-19 and racial inequality and injustice put everyone and everything at risk.

We need to learn from the not-so-distant past about how our unfounded and over-zealous belief in technology has not and will not save us. The Sept. 11 attacks birthed the normalization of the surveillance state, when everyday people traded their privacy for alleged increases in safety that digital technology and AI would bring. We submitted ourselves to biometric tracking of our bodies under the false pretense that these technologies would make us safer, when they mostly just jettisoned any expectation we should have of freedom of movement. The systems were faulty and deployed more invasively at people with brown skin anyway, because racist logics undergird both the AI systems and the societies in which they are deployed.

Indeed, border control has come to include reviewing our social media accounts, laptops and mobile phones to determine whether we can move about freely, even in countries in which we are born. Like déjà vu, promises of networked surveillance systems to solve the current crisis are coming at the expense of compromised civil and human rights for people of color.

“Dare I say it’s not acceptable to let the most vulnerable among us pay the price of our collective abandonment of care.”

The slow and subtle loss of these rights, and the creation of new restrictions and controls on our social, economic and political freedoms, are a feature of disaster capitalism. As Naomi Klein so aptly describes it, disaster capitalism creates opportunities to increase control, wealth and power at the expense of broader publics, democracies and working people. COVID-19 responses will draw directly from these well-worn playbooks if we do not remain vigilant, attentive and vocal about the terms upon which our collective good must be negotiated.

Calls to defund the police have given us the crucial and urgent impetus to reframe and reimagine the future. As we work to keep our communities alive and thriving, we must pose different questions and imagine reliable and structural remedies for the millions ensnared in systems that fail us.

We need new paradigms, not more new tech. We need fair and equitable implementations of public policy that bolster our collective good. We need to center the most vulnerable among us — the working poor and the disabled, those who live under racial and religious tyranny, the discriminated against and the oppressed. We need to house people and provide health, employment, creative arts and educational resources. We need to close the intersectional racial wealth gap.

We are at another pivotal moment of reckoning about the immorality of our systems, and it’s a good time to reimagine regulation, restoration and reparation from Big Tech too. 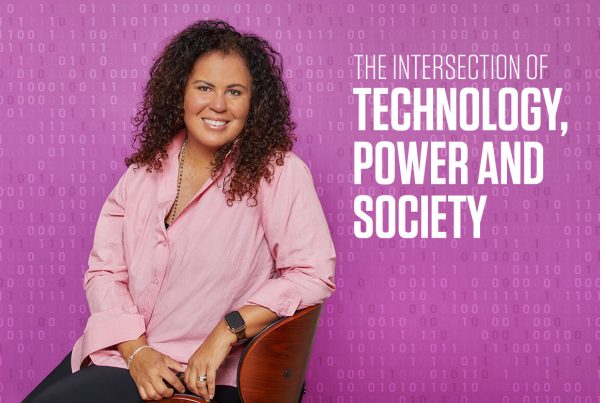 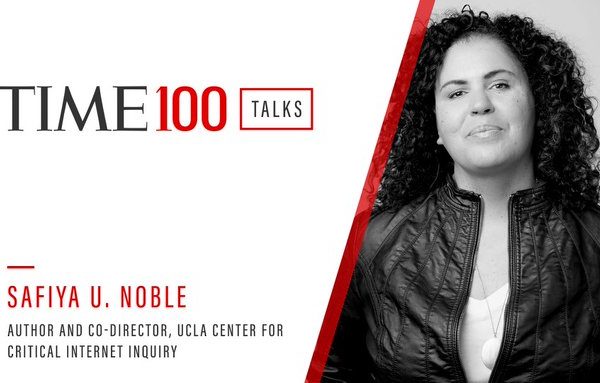 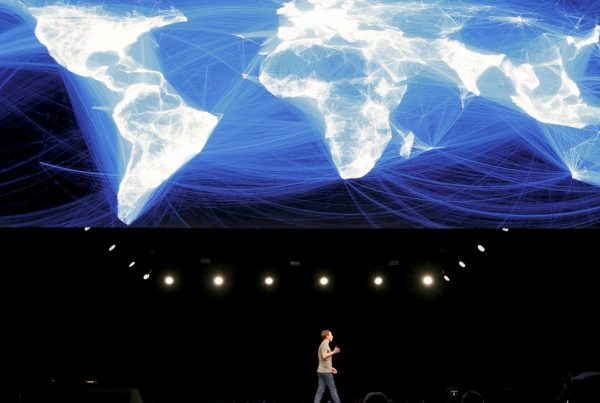 The UCLA Center for Critical Internet Inquiry acknowledges our presence on the traditional, ancestral and unceded territory of the Gabrielino/Tongva peoples.